In homogeneous organizations, even the most talented hires can feel tokenized. It’s a problem that hits everyone hard.

Cheyenne’s interview to become an assistant at a large New York City hair salon only lasted five minutes before she got the job.

There were dozens of employees at the salon, but few were black like Cheyenne. At first, she was excited for the chance to improve her skills, and maybe even open some doors for those coming up after her.

But after a few weeks, the aspiring hairstylist says she began to feel less like a welcomed addition and more like a prop. She says out of the approximately 40 stylists, only one was black. And Cheyenne was one of just a few black assistants. “I realized the only other black women in the salon were always placed in areas where you could see them from the front,” says Cheyenne, 30. “It was almost like they were being showcased.”

Cheyenne says when wealthy, diverse clients would enter, staff would go out of their way to introduce her and include her in conversations. Once those patrons were gone, however, she says she was ignored by the manager, scheduled to work longer days than her counterparts and strongly encouraged to straighten her naturally curly hair to meet the salon’s unspoken “presentation standards”. Cheyenne says she didn’t have any way to prove she might have been a token hire, and didn’t want to seem “ungrateful”, given how few black people were there.

But when she found out from a few friendly colleagues that some of the other employees were placing bets on how long she’d survive on the job – she was told many diverse employees before her had made quick exits because they didn’t feel they belonged – Cheyenne hit her breaking point and resigned. “They were just joking about how I lasted longer than they thought I would,” says Cheyenne. “I don’t think [the salon owners] were trying to be diverse. I think they were trying to seem diverse.”

Cheyenne says she was left feeling like a token: a member of a previously excluded group, often hired or promoted as a symbolic gesture toward inclusivity. Within social science, researchers define a token as an employee belonging to a minority group that constitutes less than 15% of the total population in a workplace.

When a predominantly homogenous organization attempts to appear inclusive by hiring or promoting one or two people from underrepresented communities, the feeling and perception of tokenism can hit hard. While many cope with the roadblock either out of economic necessity or as the bitter price of reaching their career goals, it can leave others at a crushing crossroads. In Cheyenne’s case, it meant leaving the industry entirely after that experience, even though she’d dreamed of doing hair since childhood, and knew she was good at it.

Tokenism can be a personal problem for the individual, setting up diverse employees to fail no matter their role or potential value in an organization. But it can also mean trouble for everyone.

“Set up to fail from day one.”

The perception of tokenism can be corrosive in small offices as well as large, high-profile workplaces, even those that appear harmonious on the surface.

In July, the New York Times reported white American sports broadcaster Rachel Nichols made comments on a recording implying her black colleague, Maria Taylor, was on the verge of being promoted at ESPN because the company was “feeling pressure” for its “record on diversity”. The publicized comments spotlighted what many employees from marginalized groups have endured behind closed doors for years: intimations that their identity, regardless of their unique skill set, is why an employer hired them.

“Having that level of visibility can definitely lead to self-doubt and some internal feelings of unsureness.” – Aneika Simmons

Being regarded as a token by colleagues – or worrying that you are one – can have long-term repercussions for an employee’s mental health.

In 2019, Simmons and her colleagues published an analysis of more than 80 studies in the past 25 years on the consequences of tokenism. They discovered overall, those who found themselves to be solo minorities or one of very few in a workplace were unfairly viewed as a representative of their entire minority group and faced heavier scrutiny from both higher ups and their peers.

“These are brilliant people. I mean, these are people that are highly intelligent, highly capable. But that continued pressure of having that level of visibility can definitely lead to self-doubt and some internal feelings of ‘unsureness’,” says Simmons.

The researchers found some exceptions, namely men working in traditionally women-dominant fields, like nursing and teaching. In those instances, men could attain higher positions more quickly than women. But in most areas, Siri Chilazi, a gender and organizations researcher at Harvard Kennedy School, says an employee who is considered a token can be “set up to fail from day one”.

“Being seen as a token – or feeling like one – can lead to multiple mental health impacts.”

“Research shows that their voices get drowned out in deliberations,” says Chilazi, who has advised Fortune 500 companies, start-ups and academic institutions on issues of equality. “They’re more likely to be interrupted in meetings. They are less likely if they make a contribution or idea or suggestion [to be given the] same due consideration as ideas voiced by majority members.”

Chilazi says those in the minority are often not given the same “assumption of credibility” as everyone else, usually the result of unconscious bias. And that can prevent a level playing field to succeed.

Unsurprisingly, these effects can contribute to higher turnover and, consequently, lower morale – something that not only affects the individual, but the entire organization.

“Tokenism hurts company culture not only today, but well into the future, because it cements stereotypical views about who is ‘ready’ or ‘competent’ or ‘successful’ or ‘a leader’,” says Chilazi. When those narrow parameters persist, and only workers who fit a traditional mold are given opportunities to shine, organizations can “lose out on competent and high-performing employees for no reason”.

For companies aiming to be more inclusive and representative, particularly in higher ranks, one way to help new employees feel like they belong is through “cluster hiring”.

This type of hiring strategy, which involves hiring a cohort of people across disciplines or departments simultaneously, began largely at colleges and universities trying to diversify their faculty. Researchers documented results of cluster hiring at 10 public research universities in a 2015 report. “We found that the practice can increase diversity if it’s intentional,” says Julia Michaels, who managed the project, and is now the executive director for the Center for Public University Transformation at the Association of Public and Land-Grant Universities in Washington, DC. “Intent really matters.”

“Changes to hiring practices and leadership behaviors can create a healthier environment for workers from minority groups.”

Experts say cluster hiring is gaining momentum outside post-secondary institutions as well. There’s a growing body of evidence to suggest when people make multiple decisions at once, “we rely less on stereotypes and biases in that decision-making process, and the outcomes of our decisions are more diverse”, says Chilazi. Prejudices may also become easier to spot.

“Oftentimes what I see is [organizations] run the numbers once a year at the end of the year. So, it’s retrospective, it’s looking back and they go, ‘oh my goodness, we hired nine senior level people and eight of them are men’,” says Chilazi. “They basically had no idea because they were each individual appointments, throughout the year, spread around. Different people were probably in charge of making those decisions. And no one was tracking the numbers as you go. If they had made those nine appointments in a cluster at the same time, it would have been painfully obvious.”

Chilazi says changes need to happen at the top, but also among workers who are part of majority groups, by calling out exclusionary behavior, and practicing more inclusive actions. For supervisors, that can mean ensuring all employees, including and especially those who are ‘onlys’ in the room, are heard in meetings and have equal access to opportunities. For colleagues, it can be as simple as showing new hires around, inviting them to after-work social activities and offering a friendly ear for support.

And if you feel you’re being tokenized at work, Simmons suggests becoming familiar with your company’s guiding principles and your own job description. “If behavior within an organization is appearing to marginalize them and violate company core values, they can be used to undergird conversations with leadership about a lack of opportunity,” says Simmons.

Opening a discussion with the boss isn’t always that easy, comfortable or even possible. Cheyenne said she tried talking to her manager, but even an attempt at casual conversation in the elevator was rebuffed. What she had hoped would be an opportunity to get a foot in the door at that Manhattan hair salon left her “burned out” and “discouraged”. She says leaving was the best decision for her, but that doesn’t mean the effects of feeling tokenized departed when she did. The experience shakes her confidence to this day, she says, making her constantly question “the validity of my successes or rejections”. 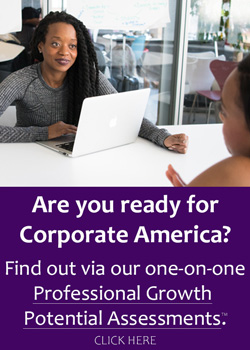